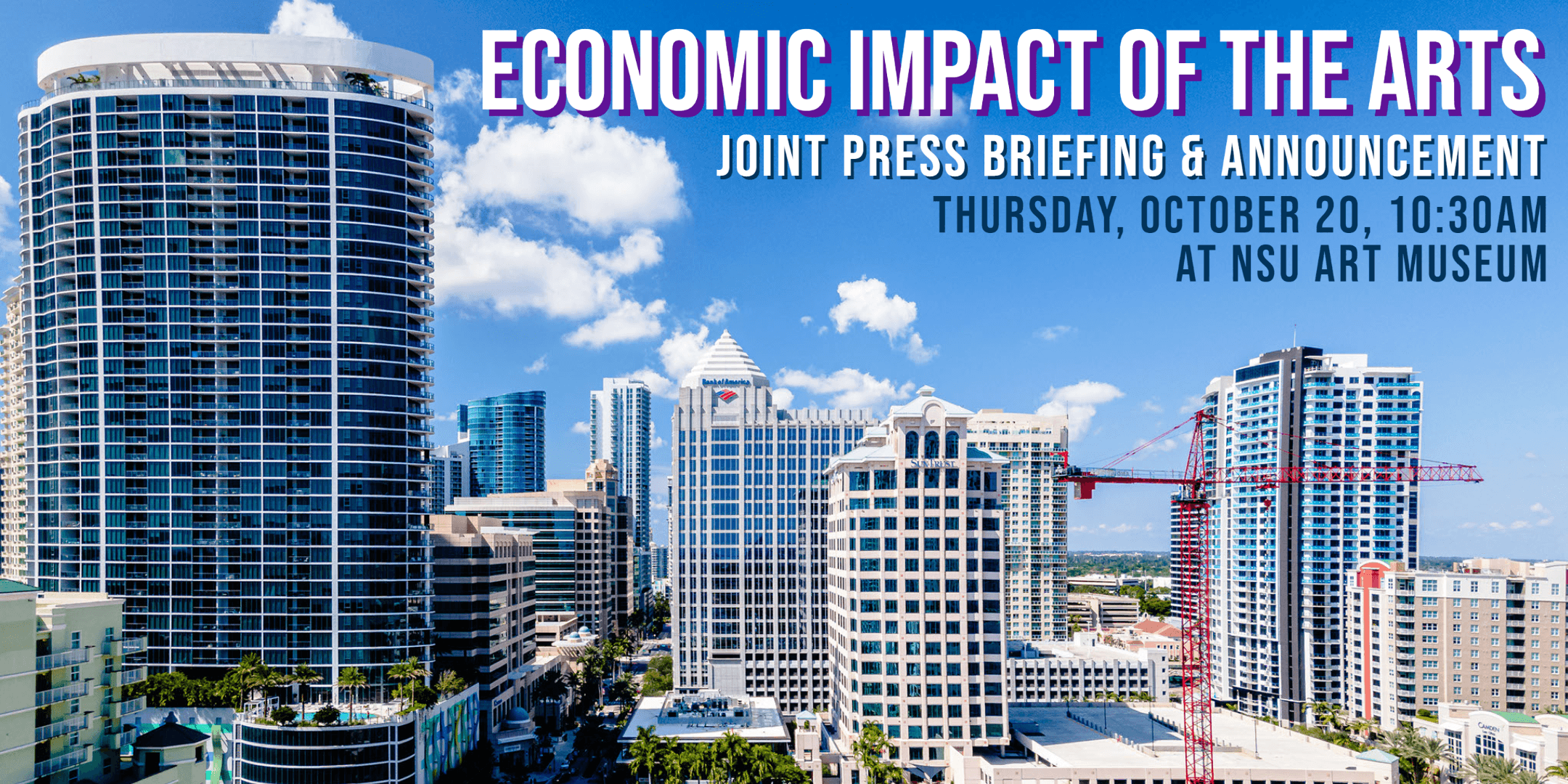 Economic Impact of the Arts

You’re invited to join elected officials from Broward County and the City of Fort Lauderdale at the official announcement of our new partnership and the launch of the region’s participation in Arts & Economic Prosperity 6 (AEP6) study, the most comprehensive economic impact report of the nonprofit arts and culture industry ever conducted in the United States.

The collaboration between Broward County and the City of Fort Lauderdale will officially be announced by County Mayor Michael Udine and the City of Fort Lauderdale’s Vice Mayor Ben Sorensen at a brief gathering Thursday, Oct. 20, 10:30AM in downtown Fort Lauderdale at NSU Art Museum. Cultural Division Director Phil Dunlap, County Commissioner and Broward Cultural Council member Steve Geller and Fort Lauderdale City Commissioner Steve Glassman will also speak to media and leaders in the arts community about the importance of this research and the role of the arts as an economic engine for tourism and jobs in our region.

To register for this event please visit the following URL: https://www.eventbrite.com/e/economic-impact-of-the-arts-tickets-428082866377 →

The Broward Cultural Division advances arts and culture throughout greater Fort Lauderdale by investing in the creative sector and providing capacity-building opportunities for artists, organizations and creative talent through events and activities that fuel Broward’s creative infrastructure. The Cultural Division includes the county’s Public Art & Design program, as well as grant programs that provide over $6 million in annual support for Broward-based cultural organizations and artists and engages the community in education and advocacy initiatives. For more information on programs, grants, calls-to-artists and more, visit @BrowardArts on Instagram, facebook or online at Broward.org/arts.