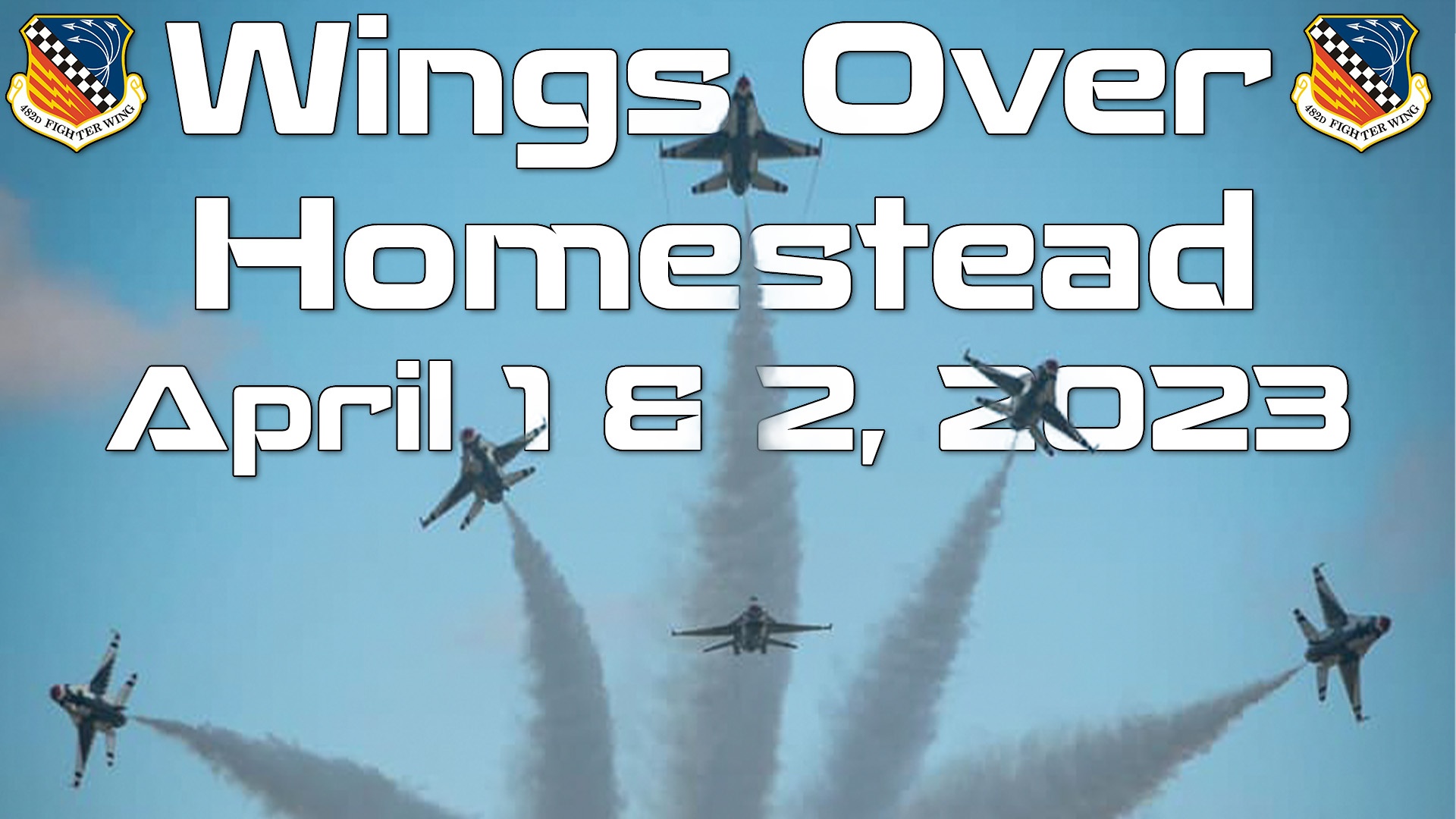 Wings Over Homestead Air Show returns on April 1 and 2, 2023. The thunderous roar of the Air Force Thunderbirds’ F-16 Fighting Falcon demonstration team will be tearing through the skies over Homestead Air Reserve Base. Also joining the #Thunderbirds will be a host of other aircraft, including everything from biplanes to supersonic jets to rocket cars. Besides the performing aircraft, many other warbirds, classic and vintage aircraft, military vehicles, and aviation-related items will be on static display for up-close viewing by the public. Numerous food, beverage, and memorabilia vendors will also be available to make the experience even more enjoyable.

Hosting the airshow is the 482nd Fighter Wing, which maintains and operates #HARB. Located near the southern end of the Florida peninsula, about 25 miles south of Miami, the base consists of approximately 3,000 military and civilian members. As a fully combat-ready unit capable of providing F-16C Fighting Falcon multi-purpose fighter aircraft, the 482nd FW provides mission-ready pilots and support personnel for short-notice worldwide deployment. See you then!
#WingsOverHomestead #HARBReady #ReserveReady

To register for this event please visit the following URL: https://www.homestead.afrc.af.mil/ →