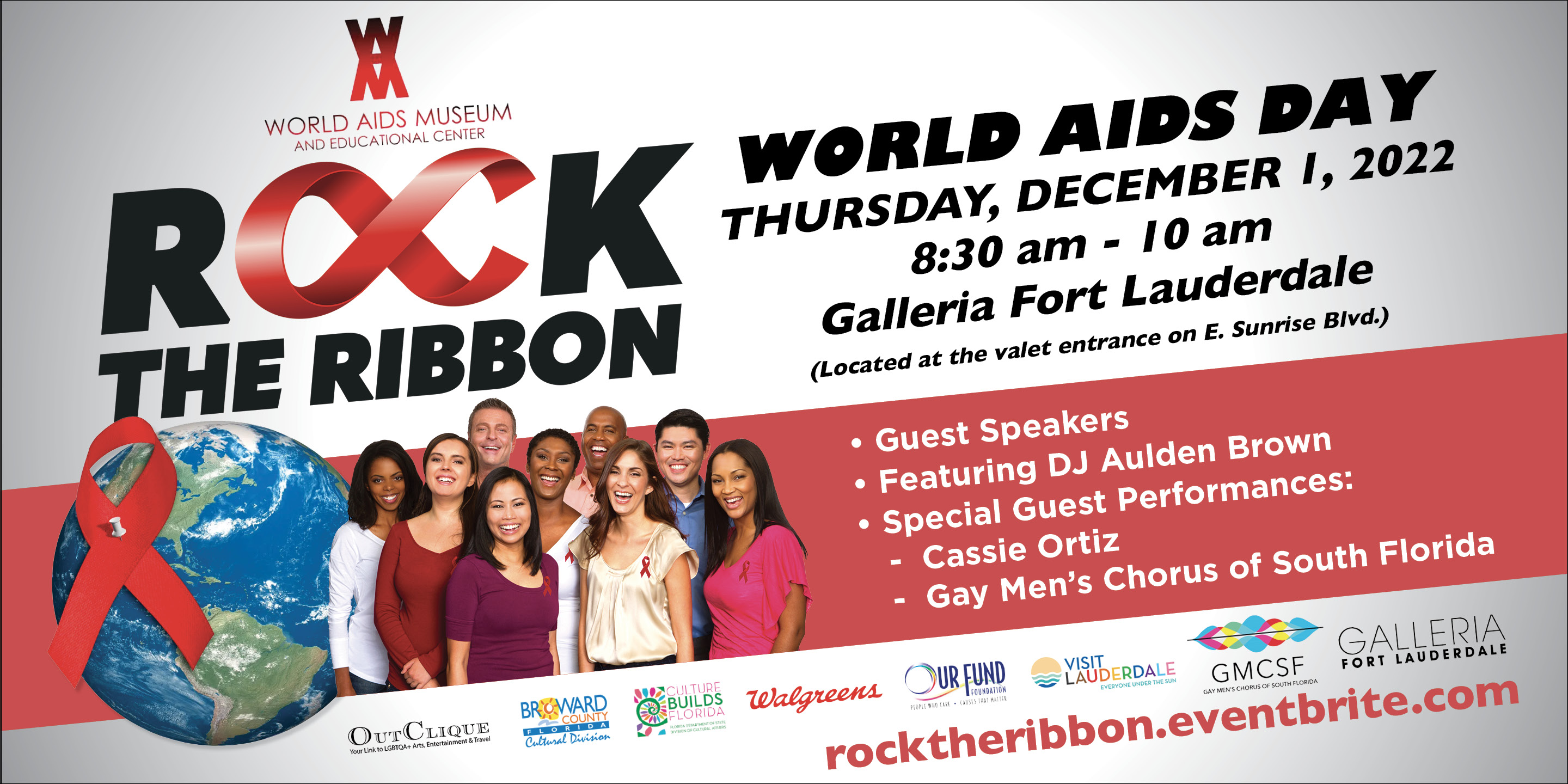 World AIDS Museum and Educational Center (WAM) and Galleria Fort Lauderdale are collaborating to honor World AIDS Day with an official public event designed to raise awareness and voices in unison for global health. The public is invited on Thursday, December 1, at 8:30 a.m., to participate in an official kickoff ceremony in honor of World AIDS Day at Galleria Fort Lauderdale (2414 E. Sunrise Blvd.). Attendees are encouraged to register in advance at WAM’s Rock The Ribbon page.

According to the National AIDS Memorial, 40 years into the AIDS pandemic, more than 700,000 lives in the U.S. have been lost to AIDS and more than 1.1 million people live with HIV and an estimated 1 in 7 people do not know they have HIV. According to the CDC, HIV risk remains high among Black and Latino gay and bisexual men.

On December 1, World AIDS Day, Rock The Ribbon will commence with a gathering of elected officials including Broward County Vice Mayor Lamar Fisher, fellow HIV-related agencies and other stakeholders. Special performances by Cassie Ortiz, Gay Men’s Chorus of South Florida and DJ Aulden Brown will add flair to rock the crowd. The event will take place outdoors under the covered valet parking entrance.

To register for this event please visit the following URL: https://www.eventbrite.com/e/rock-the-ribbon-tickets-465288399127 →

The World AIDS and Museum and Educational Center works to promote dialogue that eliminates HIV/AIDS stigma through education, artistic expression, and cultural programming. The organization was incorporated as a non-profit 501(c)(3) organization in 2011, and the Museum facility opened to the public in May 2014. We provide prevention and education services to over 5,000 people per year in public and charter schools, community-based social services, detention facilities, and colleges and universities. The Museum includes a permanent exhibit, “The Chronology of HIV/AIDS,” and rotating smaller exhibits highlighting different aspects of the HIV epidemic worldwide. Special programs, including art exhibitions, films, and community dialogues, are offered throughout the year. For more information  call (954) 390-0550 or visit www.worldaidsmuseum.org.